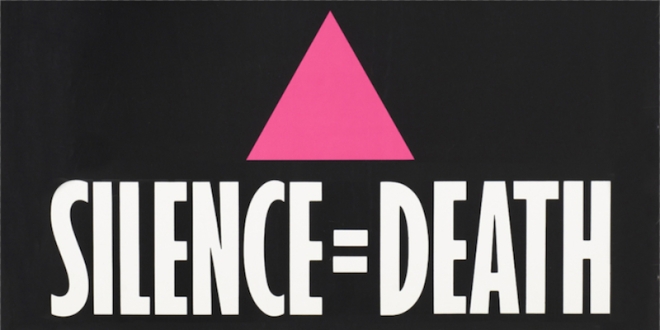 St Augustine said that “Hope has two beautiful daughters; their names are Anger and Courage. Anger at the way things are, and Courage to see that they do not remain as they are.”

Too often we treat hope like it’s foolish, or lazy. Too often, consciously or unconsciously, we link hope and ignorance.

We look at the world around us and hope begins to feel naive, a childish wish. A bedtime story told to us by the politicians who have helped to create the nightmare we’re living in.

If we’re paying attention, hope can feel like a con.

Leaders in our country, our churches, they tell us they have hope as look out at a world that is on fire. They tell us that change is coming. But they do not bring us any water.

Instead they sit still, perhaps fan themselves quietly amongst the discomfort, and as they do, they fan the flames.

So what is the truth? Is it purely a game of opposites? If hope is a lie, than is despair our reality?

Since the beginning of the pandemic in the early 1980s, we have lost 35 million people to AIDS.

Here in the U.S., particularly in white gay communities, we talk about HIV/AIDS like it is something we’ve already survived. But everyday 5,753 people contract HIV. That’s about 240 people every hour.

But I listen. I listen to stories about ACT UP. I go to museums that display billboards that read, Kissing Doesn’t Kill. Greed and Indifference Do.

I tear up when I see a photo of a leather jacket that reads, “If I die of AIDS – forget burial – just drop my body on the steps of the F.D.A.”. 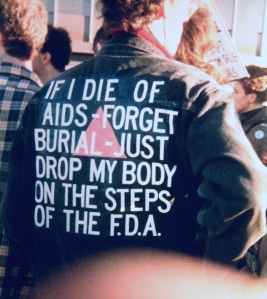 In 2014, 44% new HIV diagnoses in the United States were among African Americans, when African Americans comprise only 12% of the US population. 91% of the world’s HIV-positive children live in Africa.

AIDS is not over. It’s just not often a death sentence for us anymore.

Hope, Augustine said, has two beautiful daughters; their names are Anger and Courage.

Early last year, a group of Queer and Trans people of color went into Toadd Hall, a bar in the Castro. They were there as part of a Black Lives Matter demonstration. As a group they called to the folks in the bar. They said,

“We are here because the gay community has been silent. We need you in the streets with us. We honor the lives of murdered black trans women and queers.”

And they were chased out of the bar. People hurled insults at them as they went, one white gay man hurled a trashcan.

We’ve not yet dealt with racism in the white gay community.

In fact, many in the white gay community have brushed off the Black Lives Matter movement as too angry. Or too disruptive. They block the freeways, they chain themselves to BART, they interrupt political candidates.

But we used to lay dead bodies on the steps of the FDA. We used to lay down in the streets of San Francisco to block traffic and scream for our lives. We used to chain ourselves to buildings too. We used to yell, Act Up, Fight Back, Fight AIDS.

Are our memories so short?

The gay community still carries the trauma of neglect. We know what it was like for our lives to be so disposable. Collectively we remember a time when the government did nothing. The church did nothing. Straight people did nothing.

But what are we doing now?

I am in awe of the Movement for Black Lives in this country. And yes I see the anger. I also see the courage. And my saints tell me that anger and courage are daughters of Hope.

Hope is not a con. It is a call to action.

Act Up, Fight Back, Fight AIDS.

Did we mean it? Or did we just mean it for us?

Because the AIDS years aren’t over. This year, is an AIDS year. And until Black Lives Matter, AIDS will continue on.

So what will we do? Will we hear the call? Or will we sit idly by and fan the flames?

Written for a class, HIV and Theology