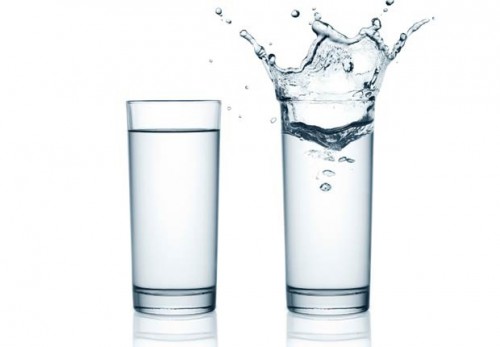 Ever since I started Seminary people have been asking me the same question: Why?

Now, that why looks different in different situations. Sometimes it’s a simple, why the change? Sometimes it’s, what called you to ministry? Sometimes it’s, WHY WOULD YOU DO THAT? I’m never quite sure what I’m gonna get. So I watch people’s body language. Sometimes people lean in and sometimes, I’d like to think subconsciously, they slowly step away. I understand both responses.

You’ve probably heard me say that I don’t come from a church background. And what I mean by that is that I wasn’t raised in the church. Meaning my family never got up on Sunday morning to attend services or prayed regularly around the dinner table. However, when I was 12 or so I started attending a local Southern Baptist church, much to the chagrin of my Mother.

See my Mother got pregnant with me when she was 16, and when her church discovered that they kicked her out. I didn’t think of it at the time but it was probably very difficult for her to see me enage something that had been so deeply hurtful for her.

Now I wasn’t called to that church by some sort of deeply spiritual revelation. No. Instead I joined that church because of two things: pizza and toilet water. I’ll explain.

At the time my family was surviving off of welfare and foodstamps and we had little money for anything extra. So when my friend Katie invited me to go bowling with her youth group I turned her down. But then she told me that the youth group would pay for me to go AND would buy me pizza. I was sold.

I went bowling with her that weekend and we had a great time. So the following Sunday I went to church with her. I went because I was curious but also because somehow it seemed that my attendance was actually how I was expected to pay for the pizza I’d eaten on Friday.

So I sat and listened to the Pastor. He was a charismatic man. He didn’t preach from a manuscript and he moved all around the sanctuary as he delivered his sermon. And he had the sweat stains to prove it. Now that Sunday he set two glasses of water on the pulpit.

Sets out two glasses of water.

Pours water from one glass into the other.

and asked which we would like to be. Umm, neither. Right? It’s all just toilet water now.

He went on to explain that the spring water symbolized those who had been saved and the toilet water was those who were lost. He was using the metaphor to explain how dangerous it was to associate with the lost and how easily we could be tainted by sin.

As I listened I sat next to my best friend Katie. She’d gotten saved earlier that year and all of a sudden I realized that in this scenario I was the toilet water and she was spring water. Each moment I spent with her, I was infecting her. I loved her and I didn’t want to hurt her, so I got saved that day.

I spent the next 3 years in that church, sometimes going up to 5 times a week. But in my heart I could never understand the distinction between the lost and the saved. And I could never understand what exactly it was that I supposed to be so afraid of. After all weren’t we all supposed to be children of God? Weren’t we all created in the image of the divine? So how could some of us be favored over others? It never made sense to me.

I left that church after the Pastor preached against his sister from the pulpit because she was a Lesbian. He told the congregation about how she’d brought gifts for his children and how he’d refused them. He had turned her away. He didn’t allow her in his home and when she asked to come to church she was told that she was not welcome. He spoke about turning her away with such pride, as if the callousness he showed his sister somehow represented the love of God. That was my last day there and my last time in a Christian church for a very long time.

I didn’t know yet that I was Gay, or Queer as I prefer to call myself. But I did know that denying people access to family, community, and church, because of who they were was not only hypocritical it was harmful.

See even while I was going to church 5 times a week I was still listening to heavy metal and staying out too late. This, for me, was not a contradiction. And while I was friends with all sorts of people in high school, the people who were closest to me were often the kids that other people called “bad”.

They were the kids who went to rehab or juvenile detention for the first time in middle school. They were also the people who loved me ferociously, taught me the meaning of loyalty, and always showed up when they were needed. In many ways the love and devotion we showed one another was more Christian than anything I’d ever experienced in a church. Our love was unconditional and without judgement.

In fact it was out of love for them that at the age of 14 I became a community organizer. See I come from a smallish town in Ohio where town meetings actually hold the possibility of creating change. So one month, I went to our local town hall. I went to call the adults in the room to task for how they treated the youth in the city. Earlier in the week I had seen a friend of mine dragged out of school in handcuffs while they were in a mental health crisis. This was what happened to the kids who were too difficult to deal with. The went to juvenile detention or Oakview the local psychiatric hospital or sometimes, to the alternative school held just outside of city limits. Anywhere they could be out of sight. Anywhere where the wouldn’t taint the rest of us.

Like I said, I wasn’t raised in the church. I was raised by my friends, my community, people who understood survival and poverty and loss. I was raised by people who had to fight for their own dignity. I was raised by those called unsightly, unclean, too complicated. And it was through them that I learned the meaning of Grace. I was one of them. So they did not taint me, they taught me.

Now often when people ask new Seminarians or Pastors about their journey they ask when they first heard their call. It’s sort of an intimidating notion, as if I was supposed to have some grand revelation where God made the plan of my life known to me. But, I don’t think that’s how it happens. I don’t think there is any big clap of thunder. Instead I wonder if our call doesn’t come to us in small, quiet moments. Moments when we choose to lean one way instead of another. Moments where our gut tells us, this, this is what you have to offer, do it now. I think maybe our gifts show up in the ordinary moments and I think we always have the choice to lean in or slowly step away.

I reject the idea that God calls some of us and not others. It is a privilege to be in this pulpit but I have no more right to it than any of us here today. My spiritual gifts are no greater and my struggles are no less. In fact, I never even wanted to be part of the church. Not after I had seen it cause so much harm. And I certainly didn’t want to be a pastor. I just wanted to help keep my friends alive. I wanted to help create a world where nobody ever had to question their worthiness.

But still when people ask me when I first heard my call there is one memory that often comes to mind.

It is of a cross. I’d bought it for my boyfriend in 2003. He was raised in a fundamentalist christian home and I watched him struggle with his relationship to God. I watched as he tried to suppress both his gender and his sexuality so that he could win God’s favor, so he would no longer be an abomination. That was the word he used for himself, abomination. Afterall, it is what they told him he was.

He thought that to be loved by God he had to be straight, gender conforming, and sober. So he tried. I watched him struggle against his own nature and I listened the night he broke down crying. “I just want to be right with God”, he said. He was full of such agony.

And when people ask me about my call, I think about the moment that I gave it to him. I remember his expression and the different tone of the tears that were shed that night. I remember watching something return to him. And it wasn’t God, it was dignity.

I didn’t give him the Cross to remind him of God or of Jesus. It wasn’t a religious act for me at the time, it was a different sort of witness. It was a hope that he might be able to see himself as I did. It was an attempt to return something to him that had been stolen.

And that night I did not learn about the power of the cross. Instead I learned about the power of reflecting back that which is already holy within each other. I learned about a sort of salvation that comes through the hearts and hands of humans. A salvation that does not require purity or righteousness, but instead sits to bear witness to the agony and say, yes, even now you are worthy.

And it did not come in a big burst of brilliance. I did not even know what I was aiming to do with my gift. Only that I wanted to offer it. It was one of those ordinary moments that has extraordinary consequence.

A year after that, he died. He overdosed on heroin and crack, substances he used to calm that feeling of not enough. And even at his own funeral, he was called a sinner. But when I went up to offer my condolences to his Mother, I saw that familiar cross around her neck. He’d been wearing it the night he died. And I can only hope that it gave him some sort of comfort.

And to that I say, amen.

Takes a long sip from the mixed class of water.